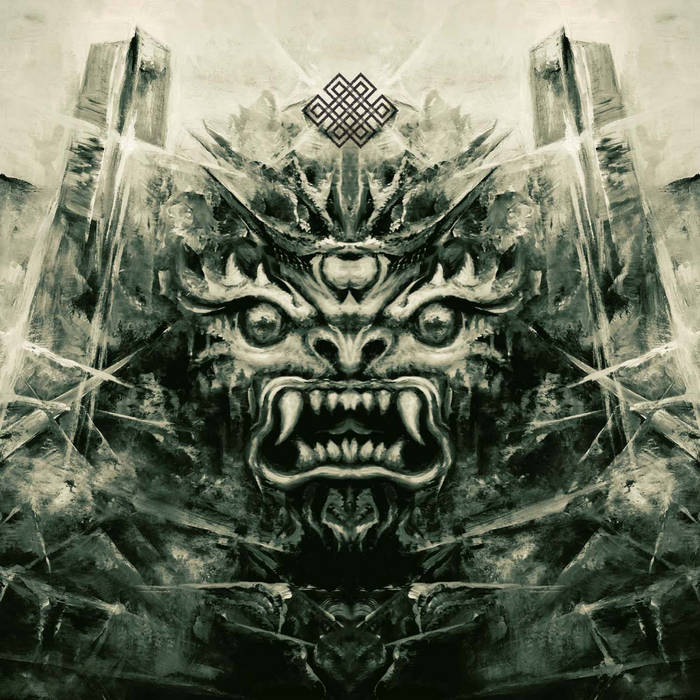 Dýrtangle is a name that comes from an imaginary world, and being a play of words, cannot be correctly interpreted with them. However, dýr means “a beast” in Old Norse language, and tangle with its English roots sends us to “entanglement”. So literally it means “in the rough embrace of the beast”, but this translation does not do justice to the meaning. Some similar notes may be found in the coming of Indian Buddhism to Tibet, transforming the “beasts” or so-called “evil, wrathful deities” into the guardians of the new fused Tibetan Buddhism.
On this album, Ego Depths may be speaking to hungry and evil spirits, negotiating the aspects of life and debating its laws and principles.
Apart from the traditional instruments like guitar, bass and drums, the project involves different styles of vocals including growl, scream, whispers and clean tone, but he also tries to employ throat singing. By introducing chanting into the overall extreme funeral doom metal ambience, beside the growls, Stigmatheist meant to create something new — something that had not been explored before. His main policy in this case is that it is better to fail at creating something original than succeed at imitating something that existed before .

Ego Depths was founded in 2007 under the prime influence of Unholy (Fin) and Urna (Ita), in order to create the darkest and most unconventional music. Over the years new influences would come and go, the main one always remaining Unholy. Despite the fact that many opinions compared Ego Depths to Esoteric or Evoken, Stigmatheist discovered these two bands slightly later than Unholy/Dolorian/Thergothon, so it is only fair that he considers the Finnish scene to be his main and only starter. Nevertheless, he infinitely adores the work of Esoteric and Evoken.
Stigmatheist’s other main inspiration lies in Ancient Tibet and Mongolia. He constantly studies new books on the topics concerning western Tibet in particular or any part of Eastern Asia. It inevitably influences him in creation of music, incorporating elements that have never been used before in metal (especially doom metal), discovering more than in the course of just reading. He explores the world by exploring himself with imagination, boosted by science and mysticism, shamanism and theology, through music. Ego Depths has always been a one man project. The music he creates, it is an unmatched blend of sampled imagination and spontaneous energetic impulsions, repulsion of known and adherence to concealed or unexplored.

Dusktone is a radical music label / publishing organisation based in Europa.

Bandcamp Daily  your guide to the world of Bandcamp