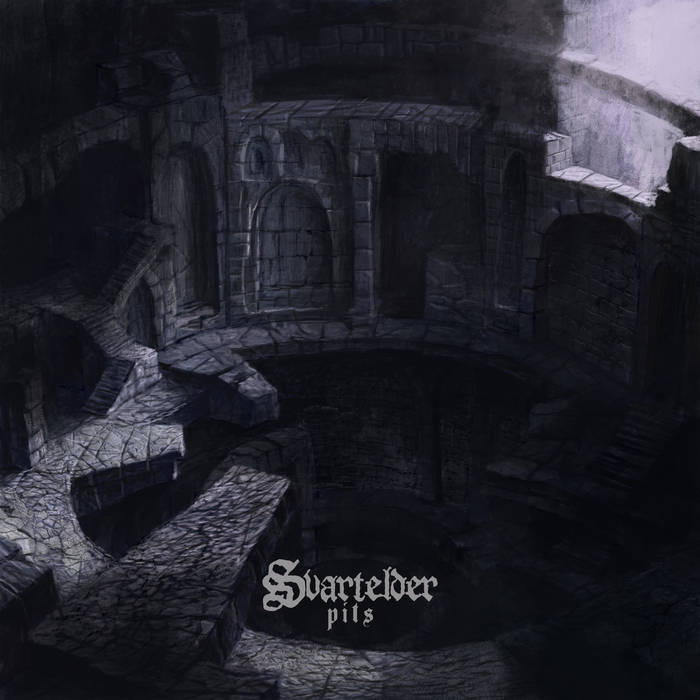 The_Bob_Comics This black metal album doesn't reinvent anything, but it's an enjoyable ride. So, enjoy! Favorite track: Part VI.

Norwegian Black Metallers SVARTELDER have today revealed details of their second full-length album "Pits" which is set for release on Dusktone in January 2019.

"Despite there being a theme running through the lyrics of its seven tracks, "Pits" is not a concept album. Nor was it ever our intention to make it one. It is an album that explores ones deepest pain and misery. That difficult battle to crawl out of the pit of despair and back to the world, only to find that the world has deteriorated into something lifeless and miserable. So much so, in fact, that you just want to let go and once again fall back into your pit
With our previous releases, the debut full-length "Pyres" and the "Askbundet" EP, we felt that SVARTELDER was still finding itself, and with "Pits" we have pushed ourselves even further musically. As an album "Pits" is more, aggressive and more melancholic than its predecessors. In fact, you could say that "Pits" is more of all that makes SVARTELDER what it is".

To give fans a taste of what they can expect from "Pits", SVARTELDER have debuted a track from the album, which can be heard on YouTube at youtu.be/w9oyjXDQDdc

"Pits" was mixed and mastered by Patric at the WSL Studios in France, whilst much of the recording itself was done in the individual studios of band members Doedsadmiral on vocals, Tjalve on bass and guitars, Renton on synth and Spektre on drums

Dusktone is a radical music label / publishing organisation based in Europa.

Bandcamp Daily  your guide to the world of Bandcamp